Previously, the 14 other national parks were not uniformly serviced under the Department of Agriculture; now, the NPS, a bureau of the Department of the Interior, would create enforced standards to conserve and protect treasured areas for future generations.

Since its inception in 1872 with Yellowstone National Park, the system has grown to over 450 natural, recreational, cultural and historical areas, including parks, battlefields, memorials, monuments, military parks, seashores, scenic rivers and trails, parkways and the White House.

Every state has a park. Find yours and celebrate this special birthday on August 25. From concerts and special tours, to scavenger hunts and birthday cake, parks will party in different ways. The NPS has worked to ensure attendees know the Centennial is “more than a birthday.”

“We want people É to embrace the opportunities to explore, learn, be inspired or simply have fun in their 407 national parks, as well as understand how the É Service’s community-based recreation, conservation, and historic preservation programs positively impact their own communities.”
An engaged citizenry now will set the course for the next century.

* The U.S. Mint is commemorating the Centennial by issuing three limited-edition coins, a five-dollar gold coin, a silver dollar, and a half-dollar clad coin with various iconic images and the NPS’s logo, the Arrowhead.

Suppose there were five people who live within two blocks of you who were all going to work at the same time and roughly the same place.

It would be so easy to share a ride. But so hard to get that group together.

Enter ride-sharing services like Uber and Lyft. The companies are developing algorithms to locate neighbors headed to the roughly the same place at the same time.

The strategy has already reduced some congestion in larger cities.

A recent report by the American Public Transportation Association suggests that ride-sharing trips are replacing personal vehicles and public transportation.

A new gyroscopic glove that reduces tremors from Parkinson’s Disease by 80 percent is currently in the prototype stage.

GyroGear will begin shipping the first gloves in 2017 for use by patients with a wide range of conditions that cause hand tremors.

The device works with an electric gyroscope mounted on the back of a fingerless glove. The gyroscope spins and the wearer’s hand is held level, resisting tremors, but allowing for voluntary hand movement. 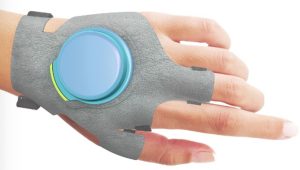 Look for discounts on smaller cars this summer. Industry analysts say lower gas prices have shifted buyers to SUVs and trucks. This has created a glut of compact cars. Manufacturers have offered big cash back incentives, according to Bottom Line Personal.

"Samantha and the team at Insure US were a huge help to me. My car insurance was up for renewal recently, and I wanted to change my payment method. When she saw what my new rate was going to be, she offered to start again and shop my policy to ensure I was getting the best rate possible. She got back with me very quickly with about five different rates from other insurance companies and determined my current rate was the most competitive. She then reached out to the insurance company to set up my new payment schedule for me."

"Excellent customer service. Been dealing with this company since 2014. Always helpful accommodating and trying to save their clients money all the time. Mr. Vic and Mr. Bob are always eager to assist and so is the entire staff. Will continue my loyalty towards them and definitely recommend any type of auto home renters insurance to those in need. Thank you Insure Us"

"My current insurance was up for renewals and price quoted was much higher. Victor shopped for my auto and home insurance policy and was able to find a good match with reduced premium. He also helped me with flood insurance policy, which was my first time. He was thorough and kind enough to explain the details of the policy and gave quick responses. I appreciate the help, and best wishes and looking forward to working with you again !"

"Call Jay with Insure Us, NOW!!! Not only was Jay professional throughout my experience shopping for home and auto insurance, he was patient. He explained in full detail my options and answered each one of my MANY questions without delay. I am not one to complete “reviews”, however, I felt it necessary to share my experience with Insure Us because it is clear that they value their customers. Not only did I receive a lower deductible, I also received MUCH MORE coverage at a significantly lower rate…I highly recommend calling Jay and having him shop around for you. I guarantee you will not be disappointed."

"I Am very happy with the service I received from Insure US team, specially Bob Verma who helped me find a very good deals for my Home and Auto insurance. My policies were due for renewal and the price I received from my current insurance company was way up. Bob helped me to find policies not only much cheaper but also with better coverage. I definitely recommend Insure US."

"Insure Us provides good quotes by comparing multiple insurance companies. They are able to reduce auto and home insurance when renewals comes up. Easy to work and available on phone and email. They are able to provide competitive rates for me from last two years when the renewal prices gone up. They also helped to cancel the existing insurance. So that you no need to worry about calling the existing insurance. They are introduced by one of my neighbor and most of my friends got good quotes from them."

"Samantha is a thorough professional. She ensured every aspect of insurance is adequately covered and facilitated me to get the most optimized insurance for my particular need. She helped customize my insurance to get me the best value for money. Besides she also endeavored in making sure that the quote and policy in complete compliance. I am delighted to work with her and will be patronizing her for my other insurance needs going forward."

"Excellent services by Insure US, they truly care and work hard to get you best of the quotes and guide you to the minute details of your policy. Excellent staff duly led by a great leader Victor are doing meticulous job. Jay - Once again thank you for all your efforts for this year policy. Keep it up Guys!! We highly recommend their services."

"I just recently moved to Spring, TX and was looking for a great insurance quote for both home and car. I received several that were not up to my expectations. Victor called me back and asked what they could do to get my business. All of the quotes I had received were too high so I asked him for a better quote. He came back with exceptional pricing on both home and car. I was very pleased as he wanted my business and went to bat for me and quoted me an excellent rate. Victor did an outstanding job for me and I would highly recommend anyone to give him a try!"

"My agent Bob exceeded my expectations. He shopped different options and found a home/auto bundle that provided great coverage at a cost far less than other quotes I received. Bob was very informative and knowledgeable about coverage options and what worked best for my needs. He was very responsive by email and phone. I have already recommended him to my friends and family."